This exhibition was made with the support of the Friends of Suyama Space, the Foundation For Contemporary Art Emergency Grant Award, and the School of the Museum of Fine Arts, Boston. Photos by Mark Woods.

The trouble with Utopia has always been that everyone has different, often conflicting, ideas of what it means – it’s a “no-place” full of warring neighborhoods. In her installation “Seeking Higher Ground,” Patte Loper confronts this inconvenient truth head-on, creating a boisterous Babel of utopian and dystopian imagery. A sprawling structure of cardboard, wooden dowels, paint, and allusive images, the work intertwines architecture, urban planning, and activism to create an unholy alliance between aesthetics and ideology. The artist works from the assumption that politics never plays out on neutral ground: in the words of political theorist Chantal Mouffe, “What is at a given moment considered the ‘natural’ order – jointly with the ‘common sense’ that accompanies it – is the result of sedimented hegemonic practices….there are always other possibilities that have been repressed and that can be reactivated." (1) Loper’s rickety construction proposes contingency as a useful – indeed, necessary – lens for political thought and action.

At the center of Loper’s inquiry is the figure of the artist herself. To build a structure that is as intentional as it is provisional is to articulate the role of the artist, and the arts, in contemporary culture. Though her installations might initially appear haphazard, each piece is carefully considered and bears the marks of its own making. Loper is dedicated to the possibility of agency through spectatorship, despite – or perhaps because of – the inherent reflexiveness of perception: whenever we gaze at something, we also see ourselves. Her installations often forego a sense of internal cohesion in favor of invitations to viewers to contribute to the work during the exhibition. Loper has never pretended to offer an objective, comprehensive view; in “Seeking Higher Ground” she pushes this to an extreme, through inclusion of a series of paintings inspired by Percival Lowell’s observation of the planet Mars in the late 19th century. Lowell caused a sensation when he seemed to have discovered “canals” formed on the planet that pointed to evidence of intelligent life; it was later found that, through a fluke of a lens, he had been carefully tracing the superimposed image of his own cornea. This collapse of science and solipsism, of the external and the internal, is at the heart of the Loper’s work.

Throughout her complex structures, Loper deploys various artistic media to delightfully perverse ends. Drawing is often used as a tool for planning; Loper, however, often continues to draw as she builds, problematizing the distinction between schematic and real space. Sculpture is usually distinguished from architecture through the latter’s adherence to function; Loper’s structures feel emphatically architectural, yet are too big to be models and too small for practical use. Painting’s role is similarly reinvented: Loper places a series of canvases at various confusing locations throughout the installation, interrupting the structural flow. This feels startling even in our jaded age: Loper uses this most formal of media, so associated with aesthetic expression, to quite simply gum up the works. For the artist, the individual is both a cog in the machine and a wrench in the gears, and perhaps, paradoxically, this is where our agency lies. “Seeking Higher Ground:” in Loper’s world, this Utopian notion is ruefully comic, which makes it no less urgent. 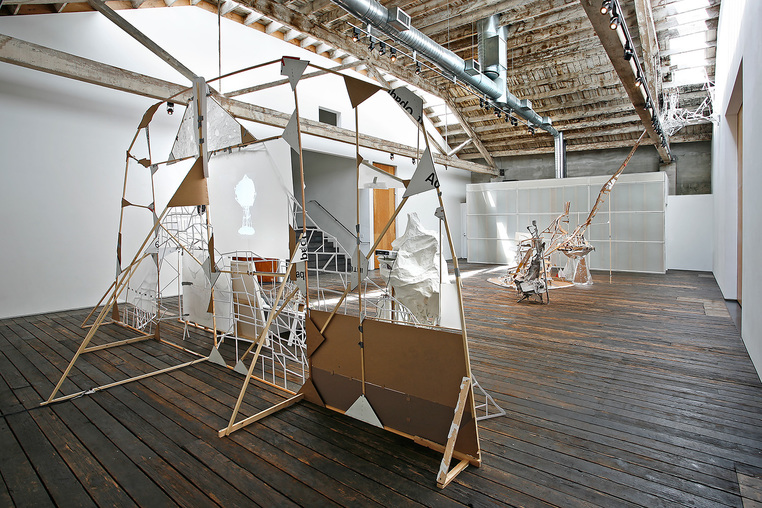 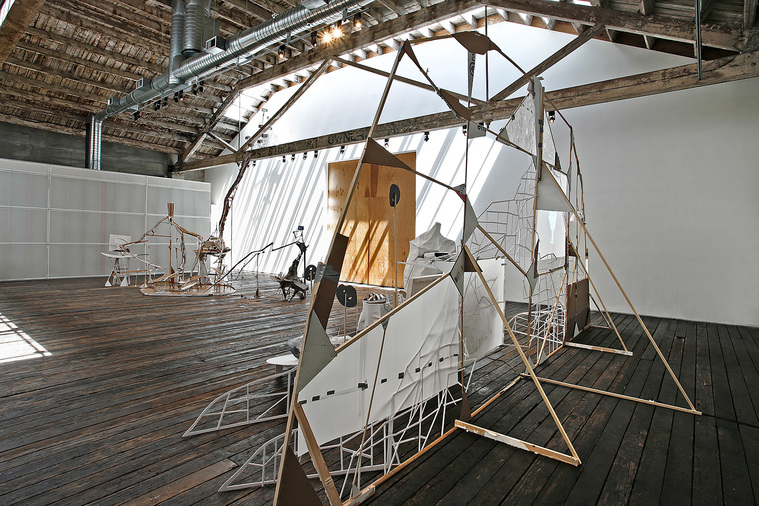 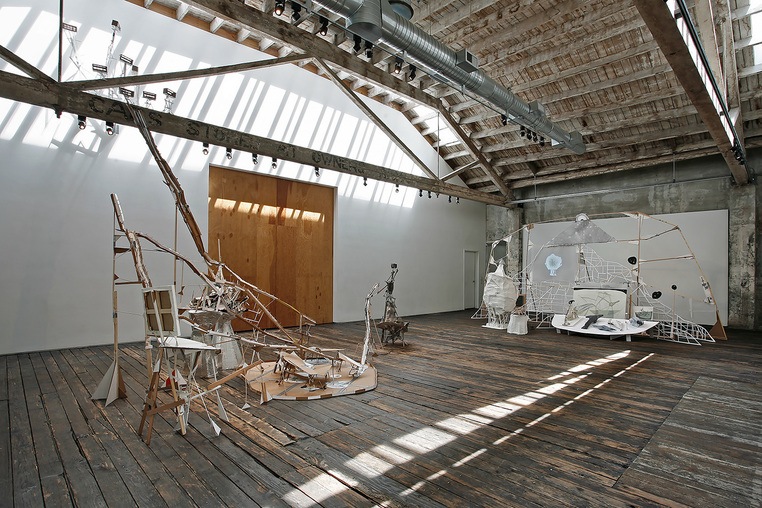 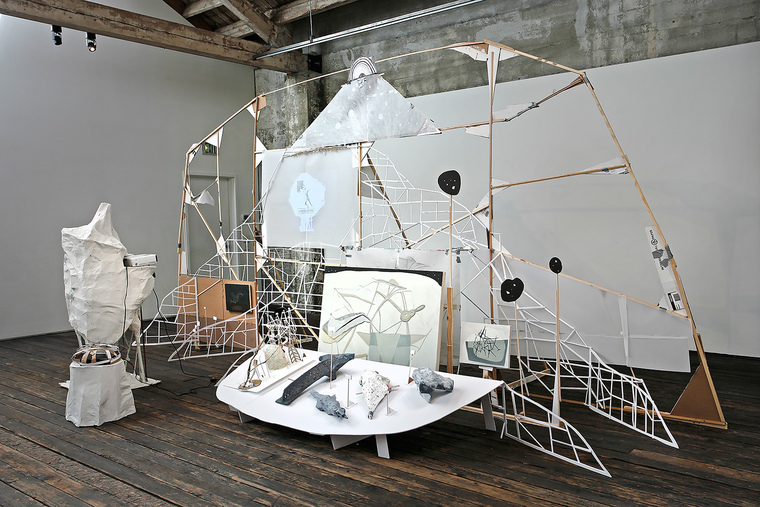 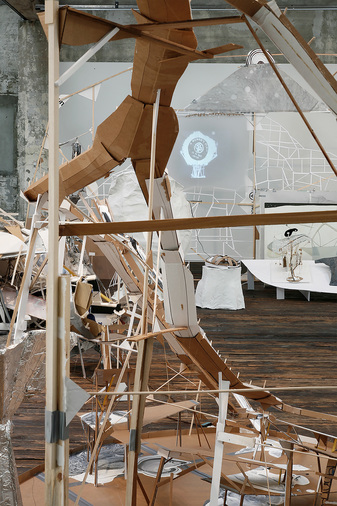 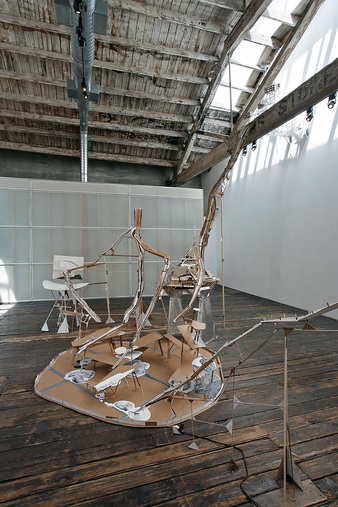 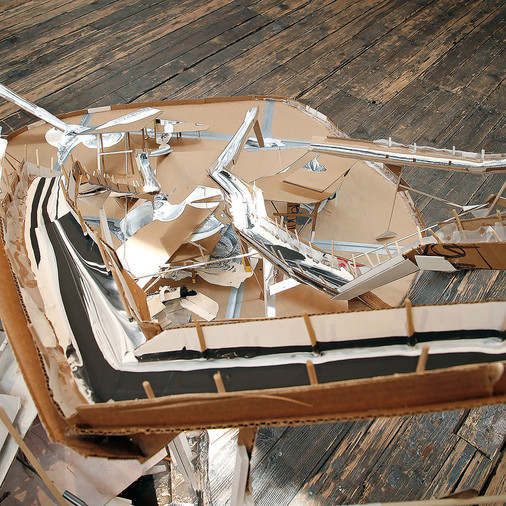 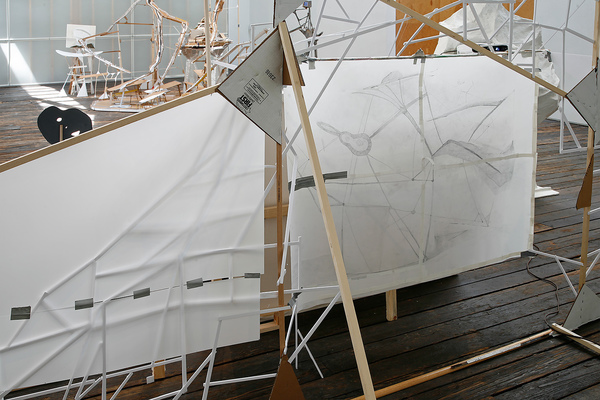 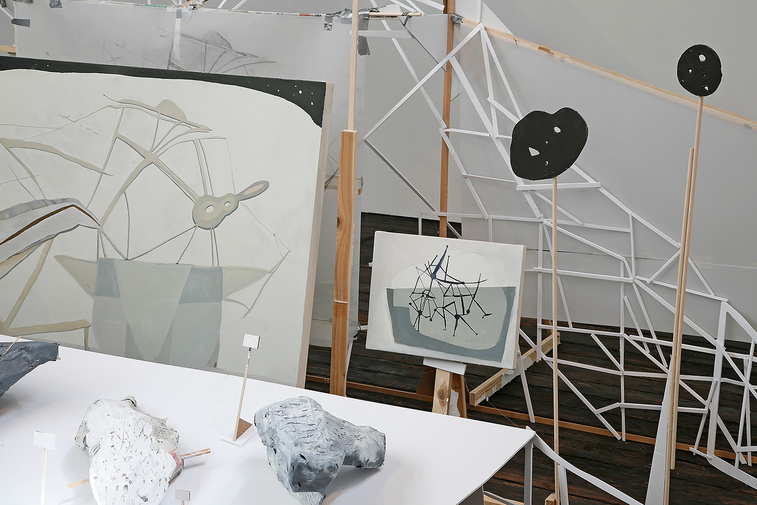 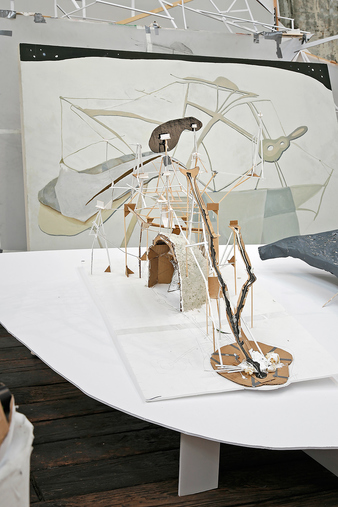 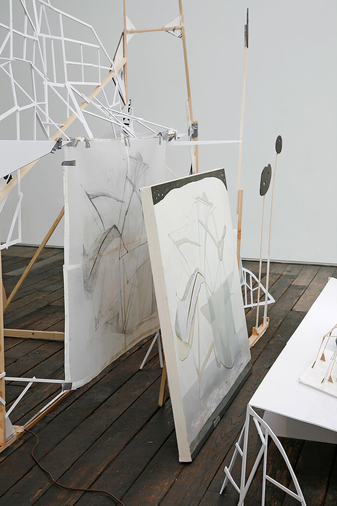 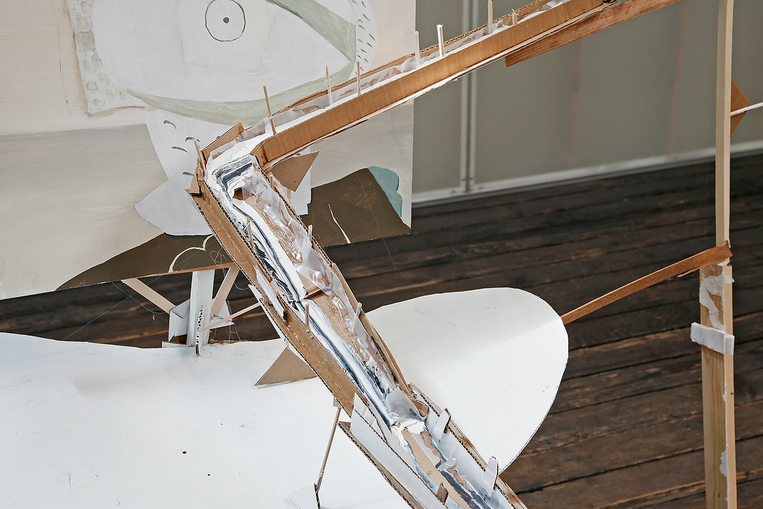 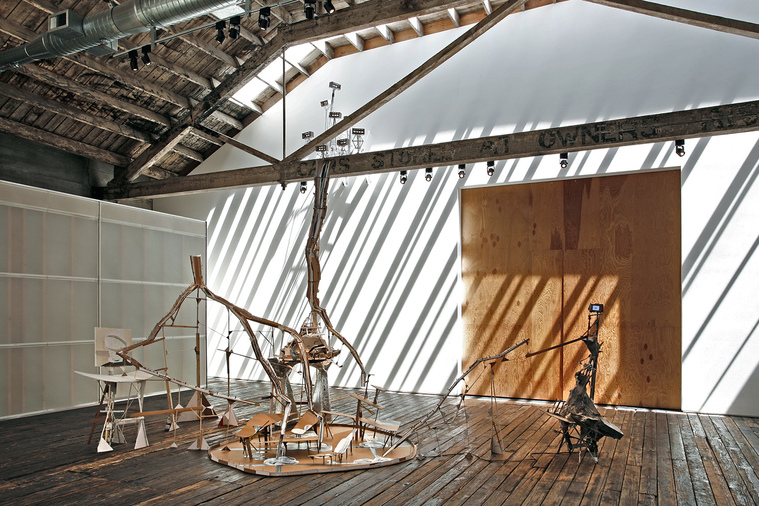 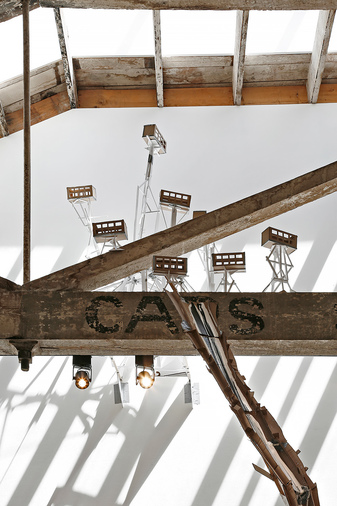 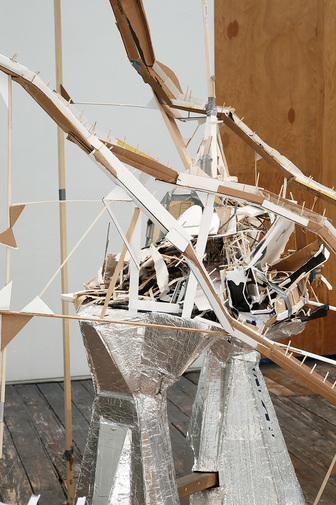 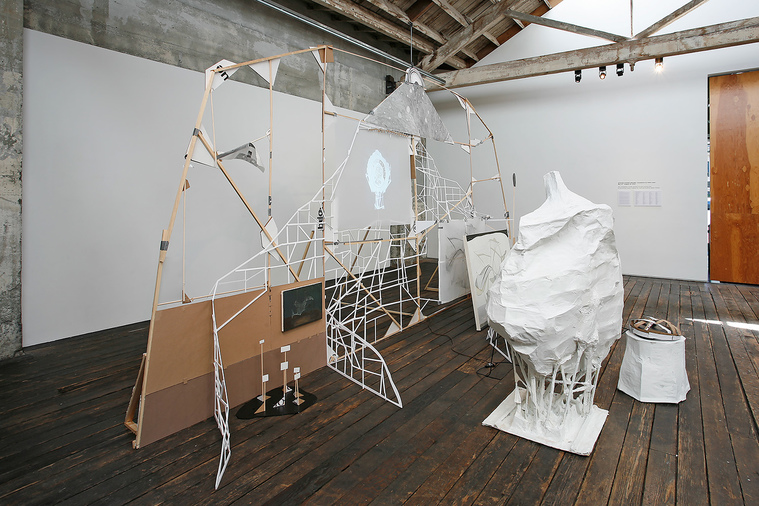 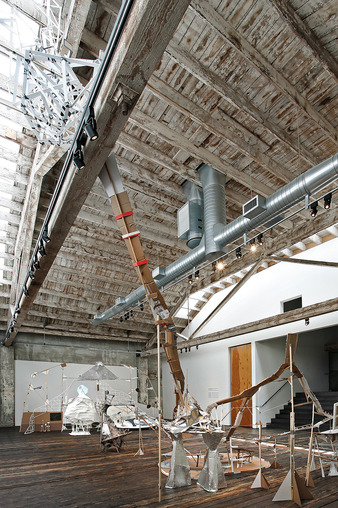 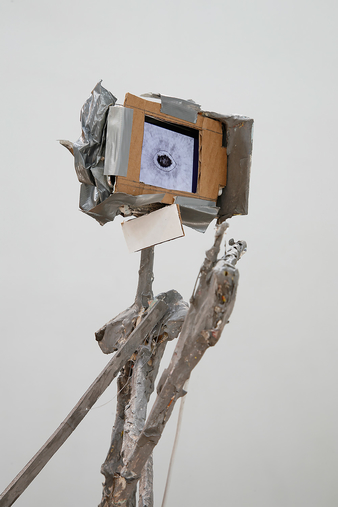 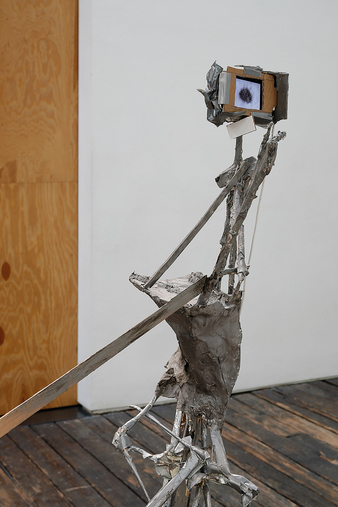 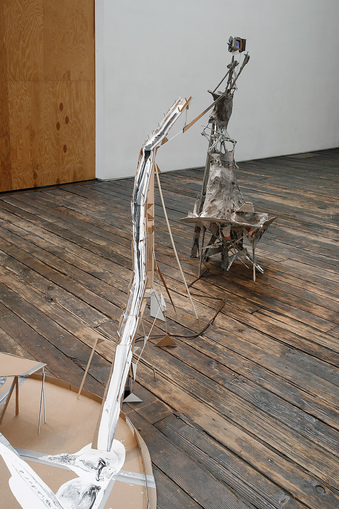 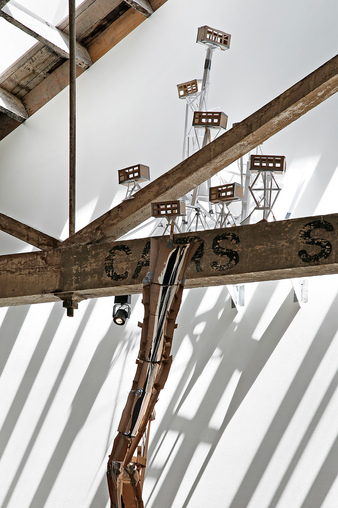 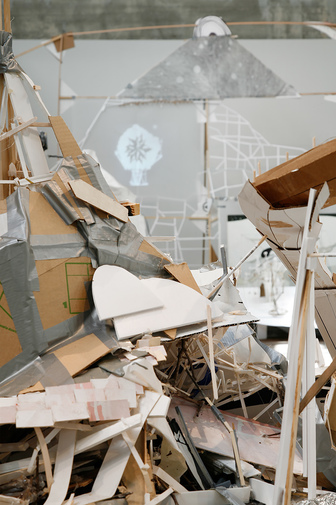 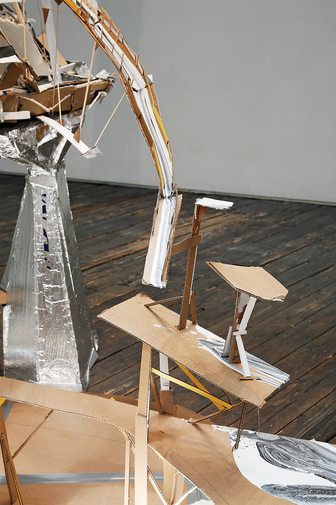 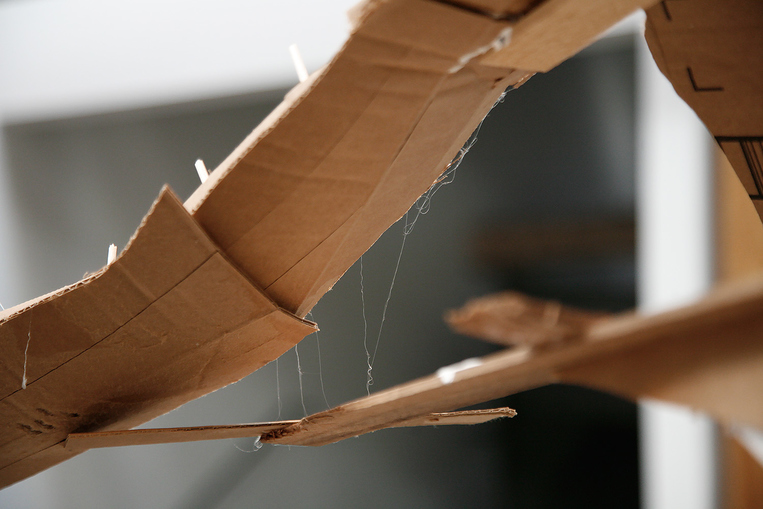 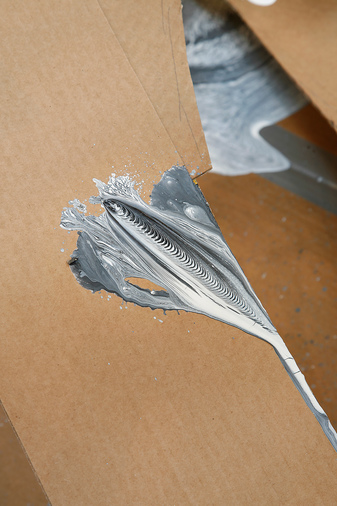 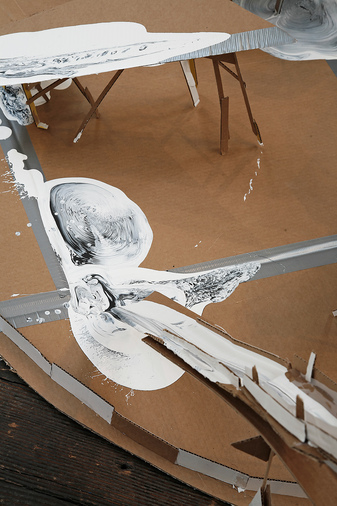 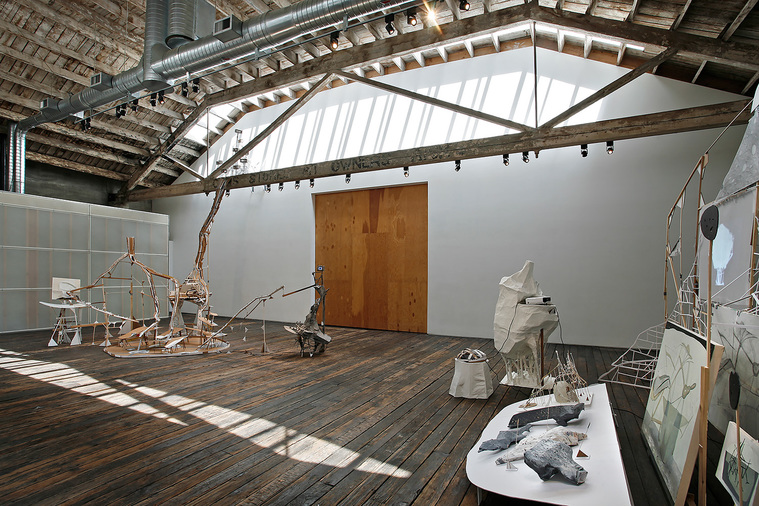