Using automatic building techniques, this work responds to the natural environment of Ithaca and the surrounding landscape as a point of departure, moving from hidden waterways and deeply-wooded terrain to manicured gardens and agricultural land.
Your Rivers, Your Margins, Your Diminutive Villages 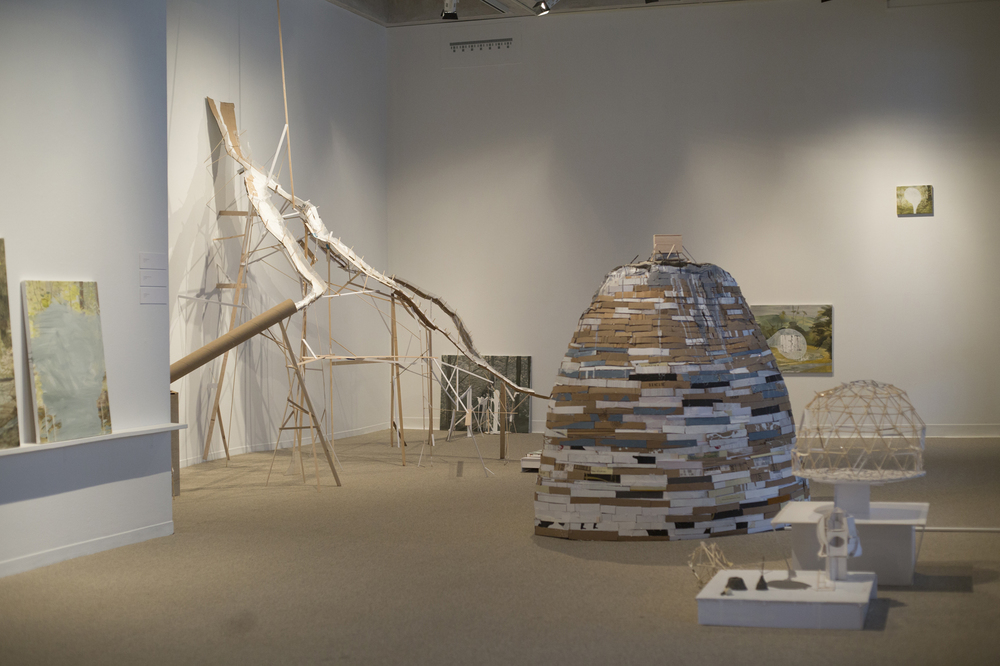 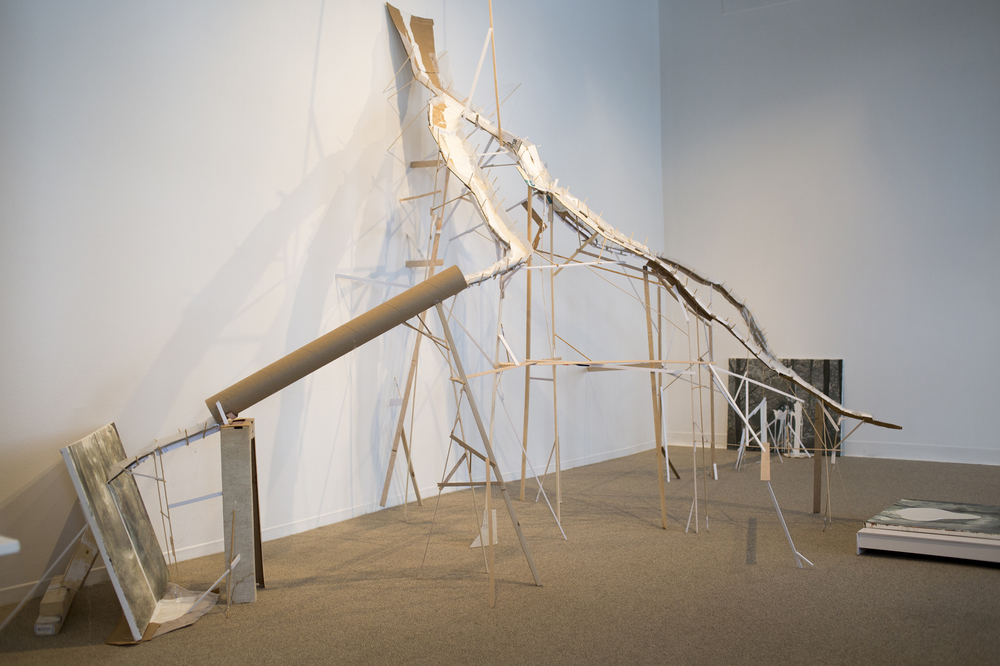 This was constructed onsite and designed to channel paint through conduits to spill onto landscape oil paintings. 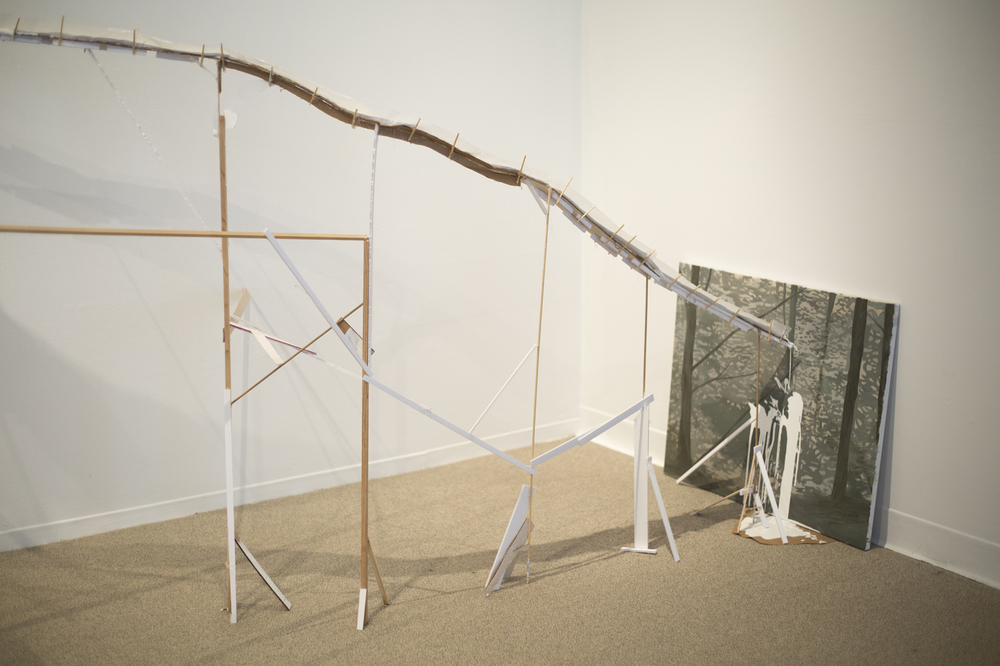 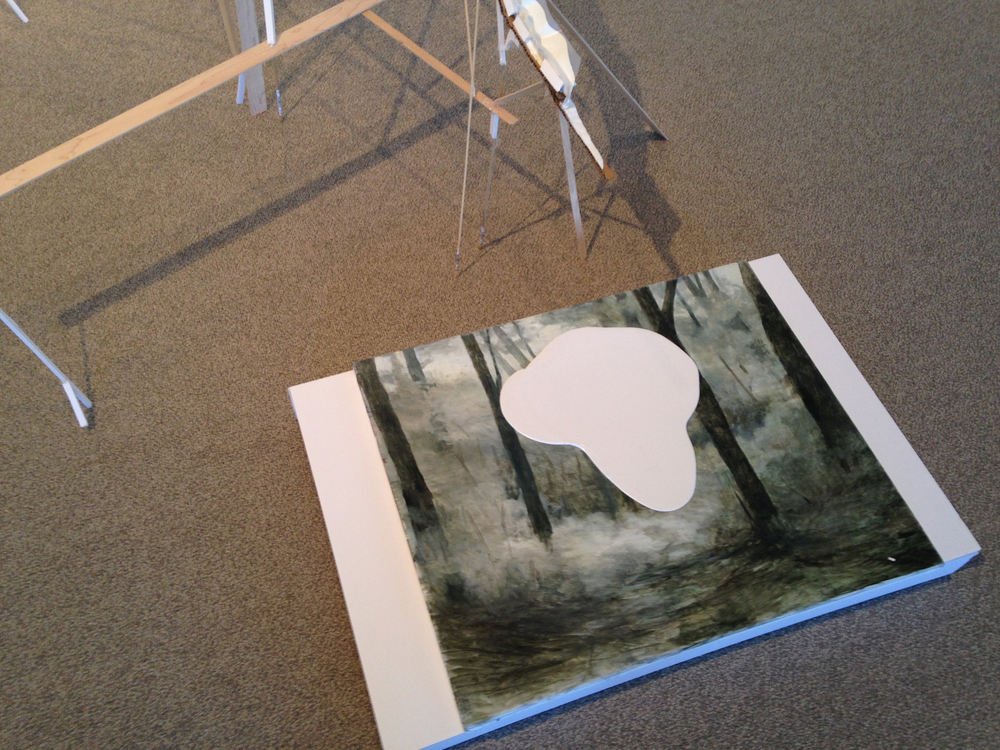 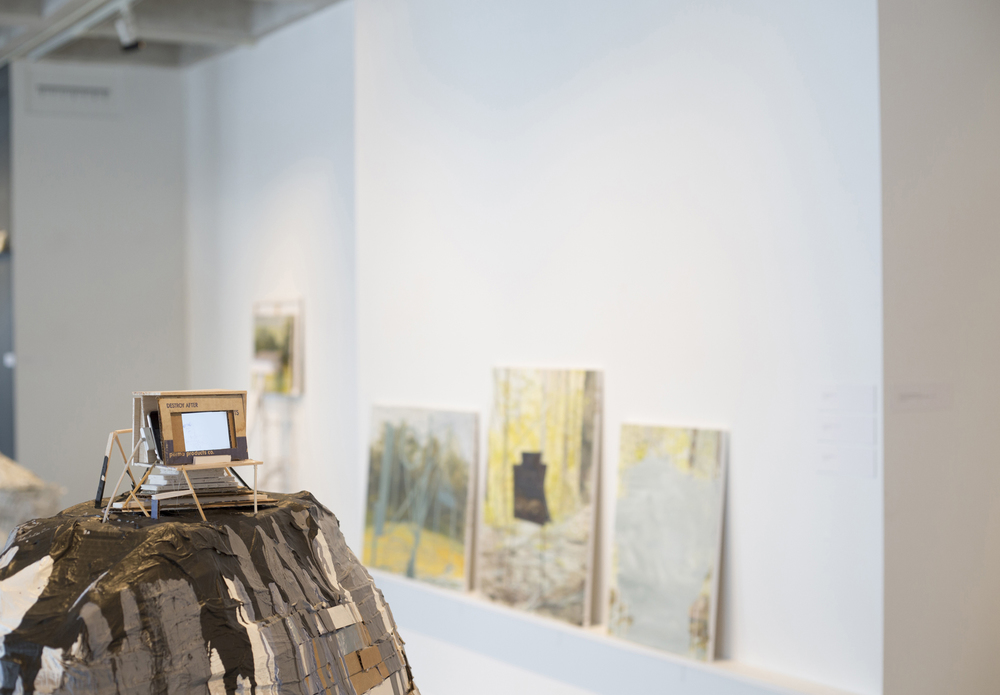 Installation view: Your Rivers, Your Margins, Your Diminutive Villages 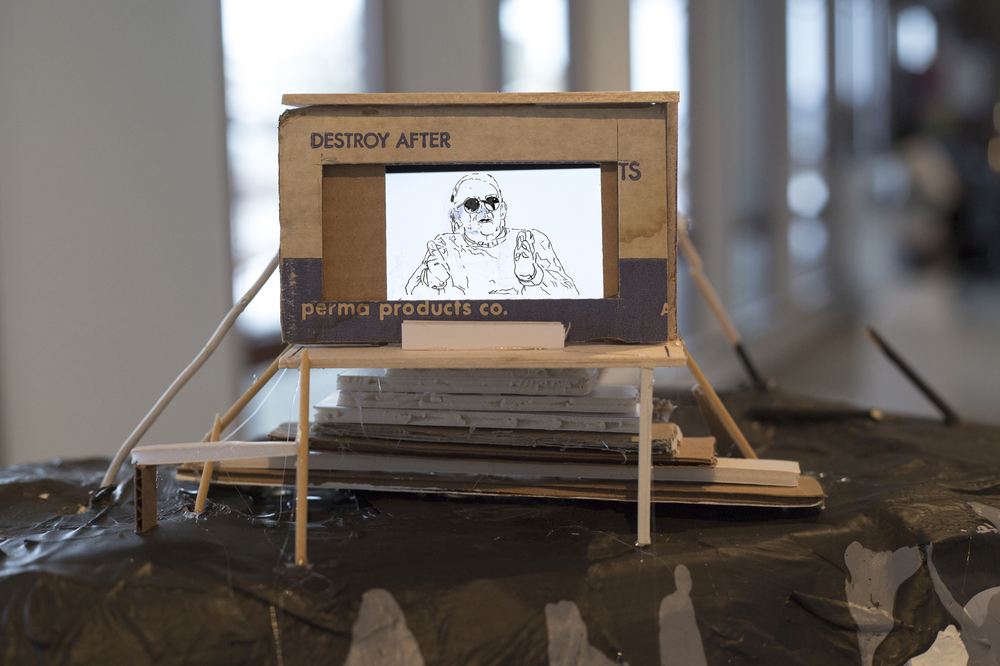 "Gilles" imbedded in "We Are All Only As Old As Each Other"
2012-2014
Animated video, iPod, balsa wood, foam core, cardboard, paint
detail

Description: This video is based on footage of Gilles Deleuze discussing the Armenian Genocide in 1915. The sound of Deleuze's voice in this video has been replaced by the mournful sound of whale song, with the intention of opening up a broader idea of loss, but still related with the same urgency that Deleuze conveyed in the original video. 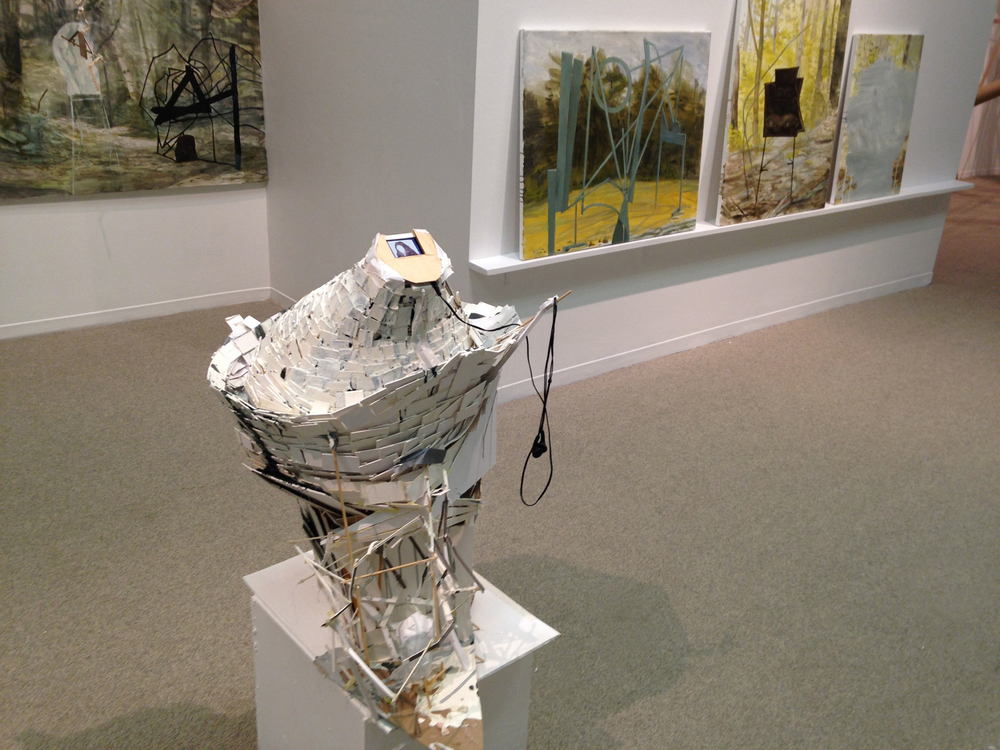 Installation view: Your Margins, Your Rivers, Your Diminutive Villages
2014 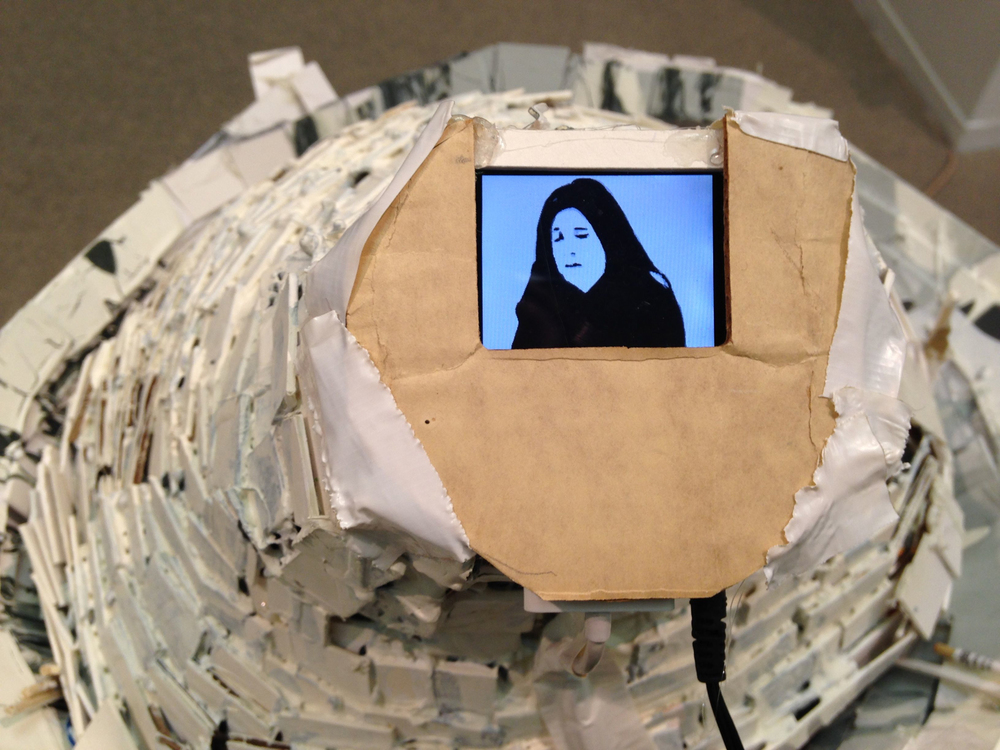 Description: This video is based on footage of Susan Sontag speaking with a group of young women at a college and in the clip animated here Sontag says: "I think that a good life includes, now and then, as often as you can, stepping out of your own life and your own concerns and doing something for other people. I think that a selfish life isn't a very good life, so…". 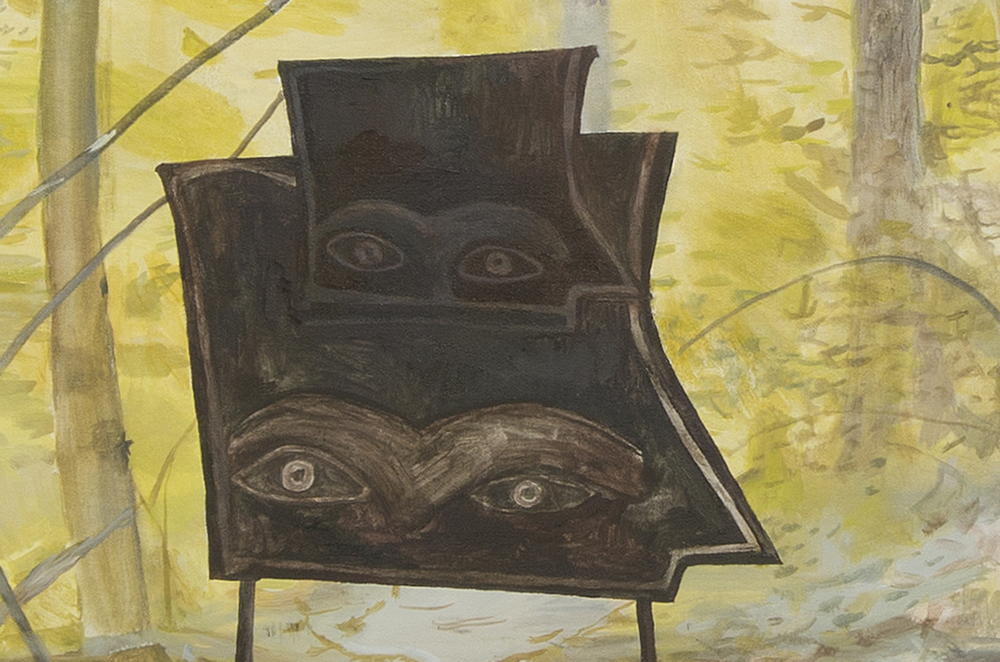 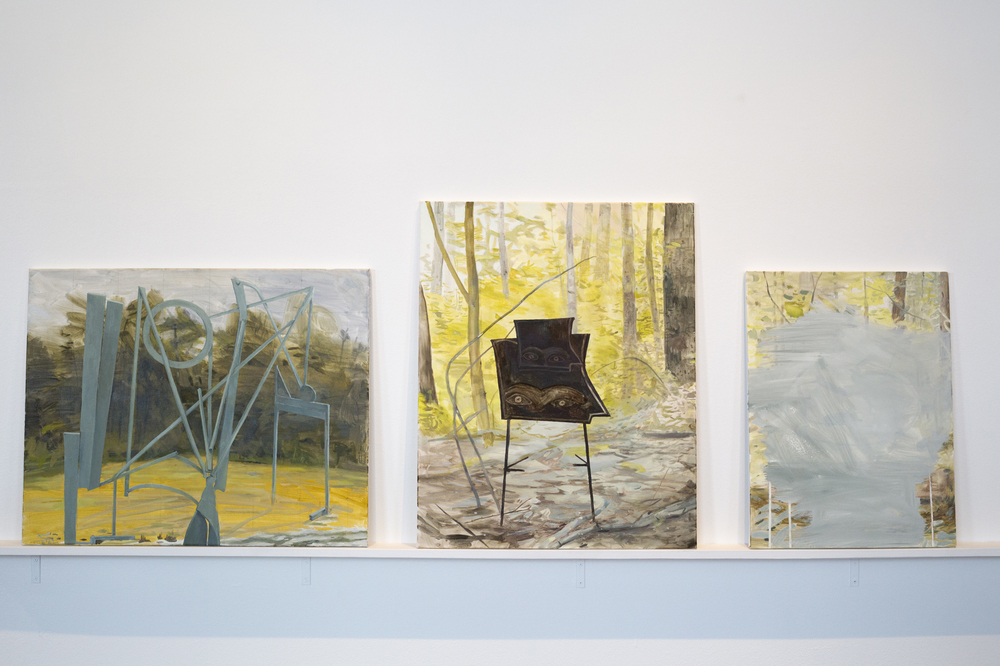 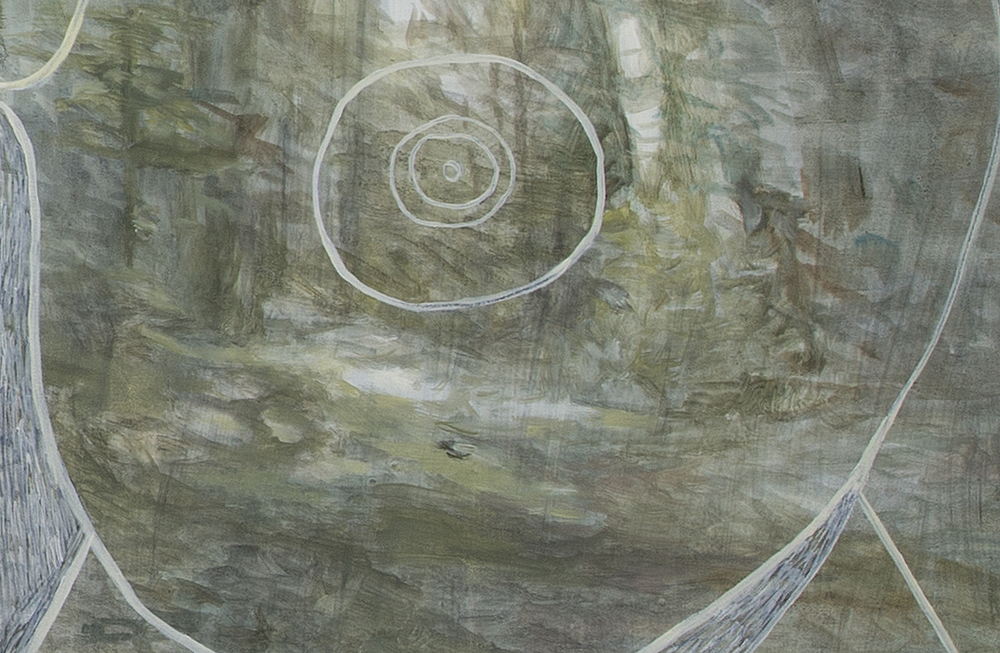 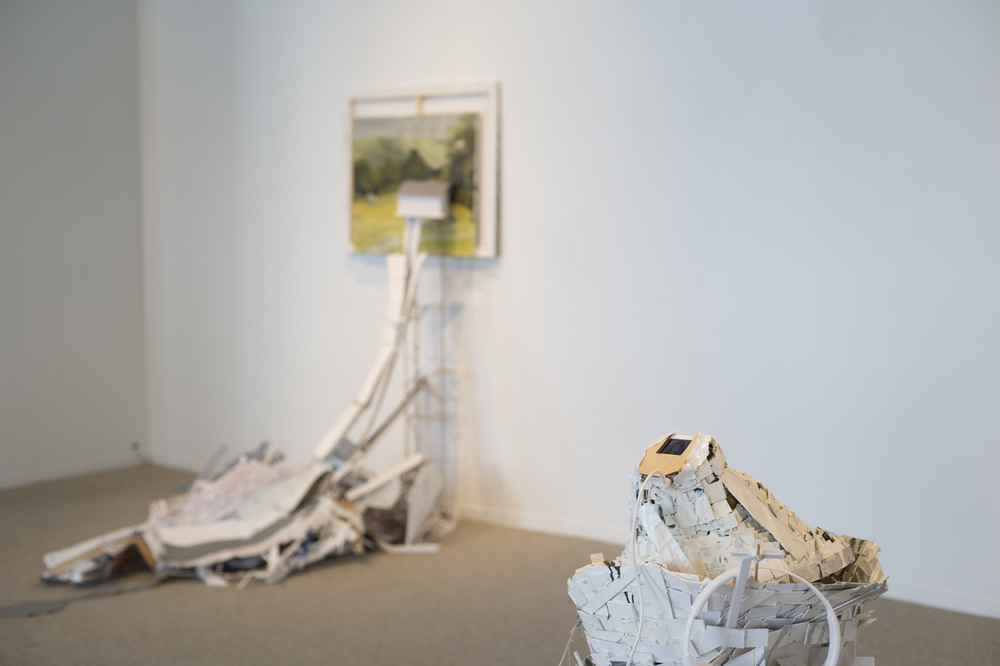 Installation view: "Prototype For New Head II" in foreground, "At the Residency", background
2013-2014 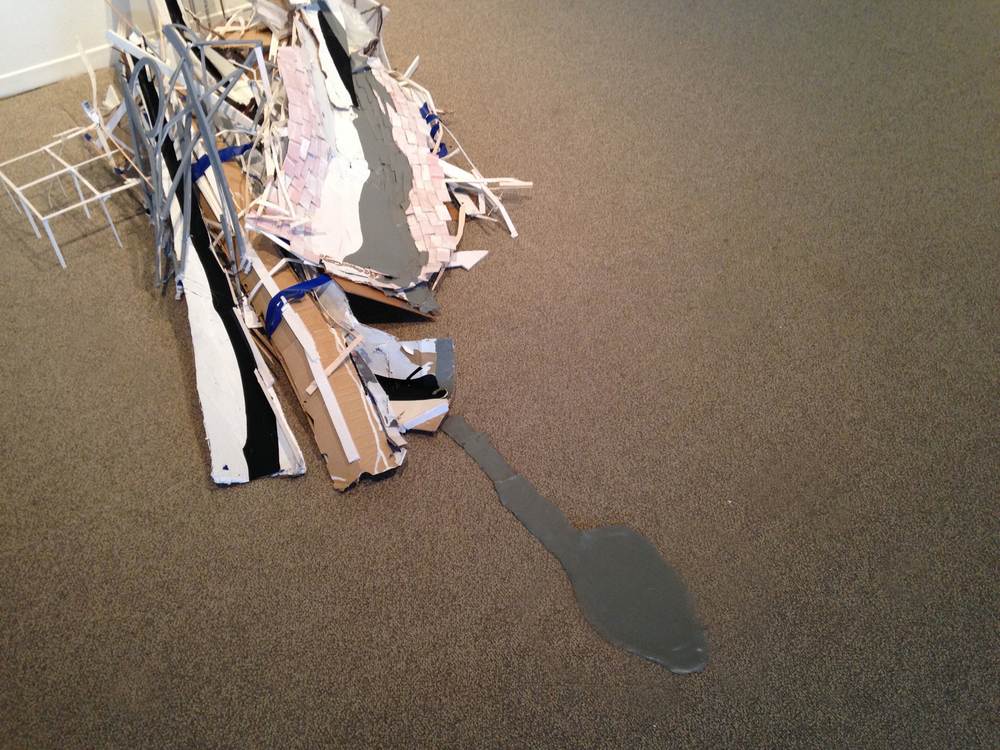